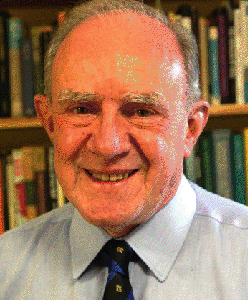 I am a Jesuit priest, whose main work has been in lecturing and teaching philosophy. I taught at Heythrop College from 1970-98, and was Vice-Principal from 1983. In 1998 my Provincial sent me to be Master of Campion Hall, the Jesuit college in the University of Oxford. When my term of office came to and end in 2006, I have now been in charge of nothing at all!

I do, however, write: ‘Is God to Blame?’ on the problem of evil, and Fidelity without Fundamentalism, now an e-book published by Darton Longman and Todd; both of these are aimed at an educated but non-specialist audience. And also Aristotle on Ethics which is intended to introduce philosophy students to one of the most important works in Western tradition.