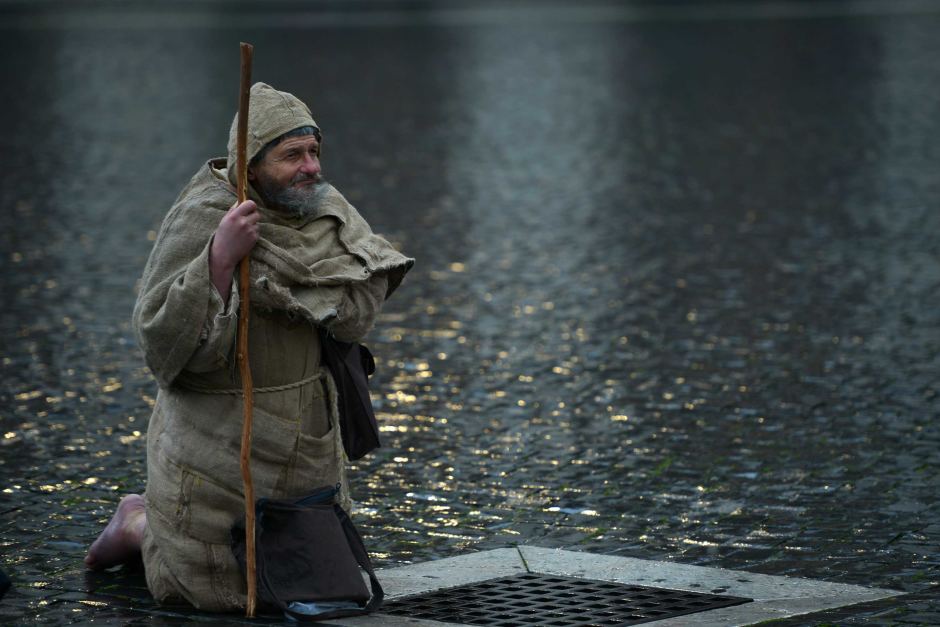 Bare footed
on the rain-swept pavement
of a city street,
wrapped in heavy, worn clothing
hooded
to save against some of cloud's tears
kneeling
he looks to the middle distance
gathering well-worn hands
silent
in a gesture of prayer.

Who he is, where he came from
I do not know.
Maybe Cyrene.
A poor man with less than nothing
whose darkened image
haunts the heart this early Spring

The idea, that for traditionalists, Pope Francis is the worst possible choice, is misguided; things could have been much worse for them. The Church might have been shaped by Jesus of Nazareth, Who wore dirty scruffy clothes and criticised the High Priests for their ostentation, as well as having disciples who were equally socially undesireable. When preaching, He showed a lack of respect for the usual arcane theological language and instead spoke about shepherds and lost sheep or seeds falling on stoney ground, all very intellectually inferior stuff. Ultimately in the company of HIs disciples, He transformed bread and wine into His own Body and Blood for all His followers and did it without a single word of Latin. It would be enough to give any right-thinking traditionalist, apoplexy.

Vatican City, 21 March 2013 (VIS) – On Holy Thursday, 28 March, the Holy Father Francis will celebrate the Chrism Mass in St. Peter's Basilica in the morning and then, at 5:30pm in the afternoon, will go to celebrate the Mass of the Lord's Supper at the Casal del Marmo youth detention centre instead of the Basilica of St. John Lateran, where it had been traditionally held in past years 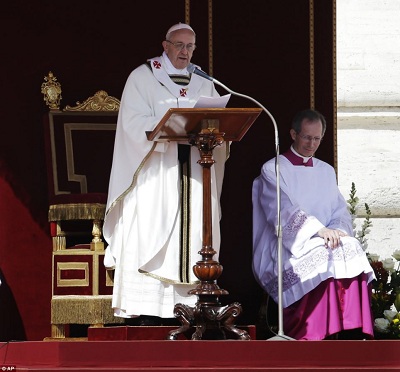 Pope Francis - Simplicity is his hallmark so far of his pastorate... 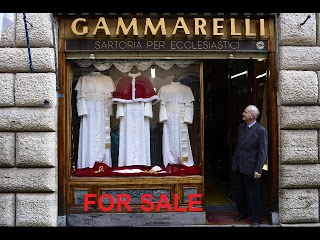