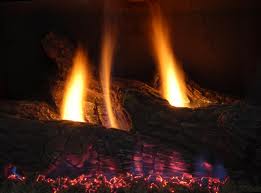 All the baptized and confirmed of a diocese, he suggests, should be involved appropriately in the naming of their bishop. Maybe cardinals could have term limits – “For example, people from the whole world, women and men, young and not so young, could be called for five years into the college of cardinals,” wrote the abbot. Further: “If, for example, these people could meet every three months with the Pope, it could bring a new dynamism into the leadership of the Church.”

The abbot isn’t making demands; he intends rather to offer some starting points for a broad discussion within the Church. He said, “Fire is missing. We have to face the situation and see what’s behind it.” And this: “The problems are known. But little is happening by way of solution for the problems.”

The title of the brochure hearkens to Cardinal Martini’s last interviewi in which he said, “I see in the Church today so many ashes above the enbers that I’m often assailed by a sense of powerlessness.”

The abbot speaks of “disasters of our own making” (selbstverschuldete Schlamassel) in the Catholic Church today. Some church officials complain that the same problems keep being brought up since 40 years, to which the abbot remarks, “When problems are not taken up, or one is not permitted to speak about them, such behavior puts at risk the credibility of the church and even the very content of the faith.” Playing off the “Appeal to Disobedience” (Pfarrer-Initiative) of the rebel Austrian priests, the abbot states that it is an “act of disobedience” when people and realities are not taken seriously.” (The word “obedience” has as its stem the Latin word for “listening.”) “Because officials do not do their duty and thus are disobedient, initiatives are begun as emergency measures and cries for help. This is understandable, but can also lead to schism and abandoning the institution.” Although he has understanding for such initiatives, he wishes to go down another path: together, discovering embers in the ashes.

European media are reporting great interest in the abbot’s provocative statement. The brochure sold out in the abbey gift shop on the third day and is now in its second printing.