Pope Francis Among the Wolves (Columbia) 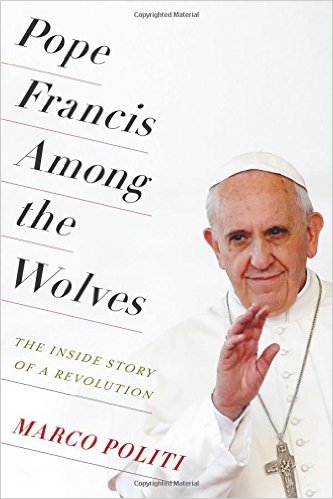 A ‘must read’ for ACTA members

The leading vaticanista Marco Politi specialises in giving the inside story. In Pope Francis Among the Wolves (Columbia), he does it again. We have a Pope who is attempting a revolution, he writes, which is meeting overwhelming support outside the Church but entrenched resistance from some inside it. He will go on, according to a close colleague who spoke to Politi, “for as long as he feels he has the backing of the people”. ACTA members take note. He cannot do it alone.

Politi quotes Cormac Murphy-O’Connor, Archbishop emeritus of Westminster, that the cardinals wanted a wind of change, but had not expected it to be “that fresh”. Politi sees “nests of criticism and dislike” within the Roman Curia as they watch Francis “driving a wedge” into their overriding belief in “the papacy as an absolute power”. Among some cardinals there are walls of resistance, including those who make up what Politi calls “the Italian knot”.

The knot reaches into the Italian laity, who have always been commanded by the bishops to toe the official line on church teaching and public affairs. Here an ACTA reader may recall the annual conference in Leeds last year which began to assess how the Church at local level should respond to social and political issues.

Pope Francis knows that his programme can only be accomplished if it becomes part of a broad movement within the Church. Hence the unprecedented surveys of local church opinion he launched in preparation for the Rome synods on the family, which revealed as never before the gap in some areas, especially regarding sex, marriage and the family,

between teaching and practice. When the synods met, many participating bishops, including no doubt those from England and Wales, came away with a wider vision. As to the results, however, the fact is that the mountain laboured and brought forth a mouse. It remains to be seen what Pope Francis will say in his own exhortation when it appears.

There is everything to play for. Anyone in the reforming camp who thought that with the election of Francis, the game was won, should think again. The greatest obstacle to Francis’s revolution is inertia, Politi warns. He quotes the layman-monk Enzo Bianchi, who believes that a springtime of the Church is here, but asks whether we will ever see a summer. The established Catholic associations of all kinds, across a great field from Catholic Action to university students to workers’ groups, are not taking a lead, in Politi’s judgement. With some exceptions they have “scarcely budged”, he says.

This book will put its readers on the alert, especially ACTA members planning to attend the annual conference in November to discuss where we should be going with Francis. Politi closes with Francis’s words just before the conclave met which elected him: “I have the impression that Jesus has been shut up inside the Church and he is knocking because he wants to get out.” It is everyone’s job to open the doors.