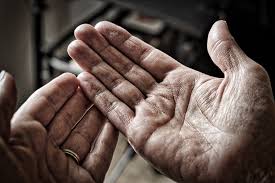 Sometimes people you have never met face to face have an influence in your life that is hard to measure.

It might be a family member, maybe a great Grandma, who died before you were born but whose name and life has run bright as oral DNA through the thread of your family tree, always talked about, respected and held in high regard, especially as an example to young ones. Their influence pervades our lives even though our times are very different. Pointers and patterns remain.

It might be a political figure who through their commitment to the public life of a nation has greatly influenced our own lives. We haven’t met them, but their very presence and activity has shaped our own immediate world.

You can, I am sure, think of many other examples from within your own experience.

One such person for me was the Dutch priest, Henri Nouwen, who died twenty one years ago, in September 1996. Nouwen was ordained for the Archdiocese of Utrecht on July 21, 1957 but spent most of his life in North America, working in the field of clinical psychology, where he taught in both Yale and Harvard. A charismatic teacher, he was to become famous for his many books and it was in the printed pages of his work that I met and valued him. One such book, dating originally from 1971 involved Nouwen’s sharing with a group of students the experience of prayer. It was reprinted in 1994 with a beautiful balance of black and white images accompanying the words- “With Open Hands.”

“With gentle simplicity and challenging insight Henri Nouwen invites us to embark on a prayerful journey, to release our tightly clenched fists and open our hands to God”

We exchanged a number of letters and I shared with him a few of my own words, when out of the blue, a signed copy of ‘With Open Hands’ arrived in my letter box from his home in Toronto. Now a treasured, well-thumbed book, it is greatly valued. There is no space here to go through the many publications that carry his name. No matter. If you are unfamiliar with his writing but see his name in a bookshop, buy the book and be surprised by the joys, honesty and at times painful journey of a fellow pilgrim.

The metaphor of the open-hands, clenched-fist is very pertinent to our present times. A few days back we saw pictures of Francis at Al Azhar mosque in Cairo where he embraced the mosque’s Grand Imam, Ahmad al-Tayeb, who urged the West not to hold an entire religion “accountable for the crimes of any small group of followers.” That image of greeting between a Christian and a Muslim runs counter to our populist press view of castigation of a whole people through the actions of a few.
In his opening words Francis said “We have an obligation to denounce violations of human dignity and human rights, to expose attempts to justify every form of hatred in the name of religion, and to condemn these attempts as idolatrous caricatures of God.” Only days after the Palm Sunday bombing of Coptic Christians, it was with open hands rather than clenched fists that the two men embraced each other.

So much of the Gospel narrative is about helping the stranger, of offering a hand when help is needed. The generosity we show to each other is a reflection of the overwhelming generosity that the Lord shows to each one of us.

There is a tension in a clenched fist that transmits both anger and frustration, where closed fingers are wrapped so tightly that no gentle or caring action is possible. When hands are held, fingers are intertwined and forming a fist is not possible. But each hand holding the other is both supportive and comforting, a gentleness is exchanged

“Deep silence leads us to realize that prayer is, above all, acceptance. When we pray we are standing with our hands open to the world. We know that God will become known to us in nature around us, in people we meet, in situations we run into.”

It is too much to expect that we can understand if we do not listen, too difficult to give if our hands are not open to receiving. Prayer is a way of life which allows you to find a stillness in the midst of a troubled world.