A year of the laity? 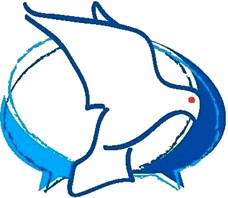 There have been many ‘Years’ of celebration proclaimed by popes for the benefit of the Church. How about one with a difference, a ‘Year of the People’ or if you prefer the phrase a ‘Year of the Laity’?

The word Laity tends to superimpose on the Church a divide between ‘us and them’, between Priests and people and so feeds the clericalism that we have experienced over the years.

What would the proclamation of such a Year achieve? Hopefully, a number of things might result. For starters it could offer a forum for an exchange between the once silent majority and the decision making minority.

Few communities that we call parishes, have a parish council; fewer still diocesan areas have a diocesan council. There is no formal way that relevant discussions can take place; in fact, options being so limited, only the media is available. When matters are raised there, through articles, letters and interviews, it is all too easy to brush them away as dissident voices that can be ignored. It will be interesting to see how the 50th anniversary of the publication of Paul VI’s controversial encyclical, Humanae Vitae, will be marked next year. A teaching that has not had the acceptance of the majority of the faithful, the sensus fidelium, will no doubt be praised by a few with little opportunity for fruitful open discussion. It would indeed provide a coincidence of timing for 2018 to be proclaimed the Year of the Laity.

It would be evidence of the exchange so much in evidence with the teaching of Francis, for if talking is to have fruit then each of us must listen in a meaningful manner. The issues of faith and practice affect the Church first of all, at a local level, the Parish and Diocese. Frequently we hear that our bishops, facing an ever increasing shortage of priests, make suggestions and instigate plans for the amalgamation of Parishes, when if real discussion took place with the people the option of considering a married clergy would be all too obvious to ignore. So we stumble on unable to talk in a meaningful manner.

"And the leaves that are green turn to brown,

And they wither with the wind,

And they crumble in your hand."

In a working class community, with little or no educational development, the cleric had a strong sway over the people, for even if he himself was of limited education, his influence over others was enormous and ensured him respect. ‘Father says’ was a familiar phrase. But rapid change in recent years has swept that division aside like a flood breaking through a dyke. The great uptake of tertiary education, widespread literacy and the availability of information through the Web have changed so much. We now have an educated laity, perceptive of social change, anxious to play a part in the mission of the Church. We are foolish to ignore them.

There is a similarity with the medieval years and the translation of the 'Bible in to English' controversy. Too much information is a risky commodity for it might help form opinions and the consequences have far reaching effects.

The concern for many, at present in a position of power, would the place of women in the Church. Even writing that phrase about one half of the people of God is problematic for we now have experience of a society that come to accept gender equality as the norm. Our Christian mission can no longer come with the baggage of two levels of value attached to our ankles. We must face up to issues that will not go away.

A Year of the Laity would give us the framework for open discussion in an honest and sincere manner. We hear so often of the departure from the Church of young people, of the stress on family life in the middle years, often resulting in the break-up of marriages and of the frustrations of those of us whose formative years were so greatly influenced by the spirit of the Council. Disappointment is hard to bear when opportunity has been seen and then lost.

Our rapidly increasing understanding of human sexuality has posed enormous questions that in previous years were not even asked, let alone answered. Hide away from it if you wish, pretend the awkward reality doesn’t affect you, but it does. Either we face up to issues or we get swept along in an uncontrollable tide that allows no still point of security.

In his many parables, Jesus set his words in a familiar context that the people could understand. The Church needs to find the commonality of language in our own time. What better way than a declared Year of the Laity where all can contribute and all benefit from a prayerful seeking of the Lord?