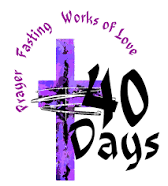 ACTA COMMENTARY ON OUR SUNDAY LECTIONARY

First Sunday of Lent Year B

The Word from God on this the First Sunday of what is a Season of Penance, is that we have nothing to fear, except, of course, fear itself. It is as well to begin Lent with two facts. First, as today’s readings make clear, we are all safe in God’s hands. Secondly, the most often repeated commandment in the whole of the Bible is this: DO NOT BE AFRAID.

There is no substantive evidence of a universal flood. The story of Noah is one of a number of ancient mythologies about a flood that destroyed humanity, sparing only a hero and his family. The Bible’s version emphasises that it is human depravity, especially violence, that polluted the earth. The cause of the Flood is baldly stated:

Ancient mythologies offer different reasons as to why the gods destroyed humanity by means of a universal flood. The Bible’s view is that God sent the flood because violence had polluted the earth. The Flood is meant to be a deluge that washed the earth clean, a kind of baptism that cleansed the world of human depravity, most often violent in nature. The idea that moral depravity pollutes the very ground is a recurring biblical theme. The frequent exiles of God’s people from the Holy Land turned unholy by Israel’s sins is found in Jeremiah 2:7 and 3:1-10. The first nine chapters of Ezekiel make reference to the pollution of the land by human iniquity. See Ezekiel 36:16-21 for a summary of the matter. Isaiah reminds his hearers that God had, in a moment of “overflowing anger”, once hid his face (presence) from his people and caused the waters of Noah to come. But God’s “everlasting love” always issues in “compassion for you”, for God is ever “your Redeemer … and will not be angry with you and will not rebuke you” . It is worth attending to Isaiah’s theologising on the lessons to learned from the business of the waters of destruction and Noah’s redemption:

“For your Maker is your husband.
His name is “LORD of Hosts”;
and the Holy One of Israel is your Redeemer.
He is called, “God of all the Earth!”
The LORD has called you back,
like a wife forsaken, a wife forlorn.
“Can one cast off the wife of his youth?”,
says your God.
For a brief moment I deserted you,
but with great compassion I will gather you.
In overflowing anger , for a moment,
I hid my face (= presence) from you,
But with steadfast love (Hebrew hesed),
I will have compassion on you”.
says the LORD, your Redeemer.

“This is like the days of Noah to me’
as I swore that the waters of Noah
should no more go over the earth,
so I have sworn that I will not be angry with you,
and I will not rebuke you.
For the mountains may depart
and the hills be removed,
but my steadfast love (Hebrew hesed)
shall not depart from you,
and my covenant of peace shall not be removed”,
says the LORD, who has compassion on you.
Isaiah 54:5-10

For God has consigned all people to disobedience in order that he may have mercy on all people.
Romans 11:32

Psalm 25 (24 in the numbering used in our Lectionary) is a song singing of God’s hesed, God’s steadfast love. The adjective “steadfast” must be used in order to qualify “love”, to underline the fact that this love is unique. It is eternal, infinite, without end. It is the very essence of God. The adjective is necessary in English to make explicit what Scripture means when it asserts that God is love. Psalm 136 declares that God’s steadfast love endures forever. It proclaims this 26 times in the psalm. Psalm 136 is a psalm for slow learners. The Hebrew word hesed uniquely underlines that we are embraced by an unending love that cannot be broken and cannot be overcome by human failure or human weakness. All that is required is to look out for this eternal outpouring of love, to keep one’s eyes ever toward the LORD in an awareness that God “will loose my feet from the net” (verse 15). It is always useful in preparation for liturgical celebration to read the whole psalm and not just the bits we find in the Lectionary. You will never know the answer to “My God, my God, why have you forsaken me? unless you read the whole of Psalm 22.

St Peter did not write the New Testament letters which are attributed to him. His name was adopted to give authority and urgency to the advice given to communities to “gird the loins of your minds for action” (1:13) in the face of pressing concerns. The communities addressed were in present-day northeast Turkey and were living precariously in a hostile environment. Recent scholarship has identified them as Jewish converts to Christianity and were, therefore, harassed from two sides. To the Jewish community they were infidels who had abandoned God. To the pagan populace they were to be lumped with the Jewish community and treated with the contempt reserved for that people who, because of their idiosyncratic beliefs and practices were forever exiles and aliens, unsettled people. The message of this missive is this: though you life is lived in exile, you are “elect exiles” (1:1).
Endurance in such circumstances, keeping faith, must be centred on God, pre-eminently acknowledged as “the Father of our Lord Jesus Christ” (1:2-3). Look at what God has ordained for us through the mission of “our Lord Jesus Christ”. Listen to the mercy of God:

According to his great mercy, he has caused us to be born again to a living hope, through the resurrection of Jesus Christ from the dead, to an inheritance that is imperishable, undefiled,, and unfading, kept in heaven for you, who by God’s power are being guarded through faith for a salvation ready to be revealed in the last time.
1:3-5

So hang in there. Though you are grieved by many trials, though you are tested by fire, your faith will see you through:

Though you do not now see him, you believe in him and rejoice with joy that is inexpressible and filled with glory, obtaining the outcome of your faith, the salvation of your souls.
1:8-9

In Lent, in prayer and reflection, in psalm and proclamation, Christians remind themselves that God-in-Christ Jesus has set us on a path to the same glory that gave hope to our fathers and mothers in faith as they looked to what was to come.
It is worth remembering that we do not sing the Gloria at Mass in Lent. For our Gloria is a hymn given us by the Cappadocian Christians who received this letter and in their troubles sang it on the banks of the rising Tigris and the Euphrates knowing that their faith would be brought to God’s glory in the highest heavens.

A reading from the holy Gospel according to Mark 1:12-15

The JB translation we must read today is appalling. Here is a an effort much nearer to the Greek. Spot the differences.

112And immediately the Spirit cast him out into the wilderness 13and he was in the wilderness forty days, being tested by Satan, and he was with the wild beasts, and the angels were ministering to him.
14And after John had been handed over, Jesus came into Galilee proclaiming the gospel of God, 15and saying, ‘The fullness of time is come and the kingdom of God is near. Repent, and believe in the gospel.

You will notice that Jesus is cast out (ἐκβάλλει) by the Spirit into the wilderness. You will learn that Jesus, empowered by the Spirit in turn will cast out (ἐξέβαλεν) evil spirits. You will watch out for the wilderness as it crops up in the story is transformed into place of prayer and teaching and feeding, very eucharistic in suggestion, very reminiscent of a long ago people and their desert experience. You will notice that Jesus is tested, not tempted because God does not tempt either Jesus his Son or humanity his people. Testing is another matter and we need to reflect on the Gethsemane prayer and the cry, MY God, MY God, why have YOU forsaken ME? The emphases need to be heard.

And the angels “were ministering to him” – that is an imperfect tense indicating continuous action, not a one-off aorist (past) tense. Again, where is the ministering at the end of mark’s story. Keep your eye on the women (15:40-41 and 16:1-8). And doing that, notice that Peter’s mother-in-law is taken by the hand and “raised up” (the verb always used for resurrection) and “was ministering to them” (another imperfect). Of course this is the very essence of what Jesus does. This is why he is come into the world - to serve and not to be served (10:45).

John was not arrested. He was handed over. Look at all the handing over that happens in this story until we come to the defining “and Pilate handed him over to be crucified” (15:15).

The call is to repent, to change, to abandon the routine perspectives of everyday religion and see the kingdom on the cross.

1 There are over 365 occurrences of the command “Do not be afraid” in the Bible, stretching from Moses to Mary and beyond. One for every day of the year?

2 As a matter of interest, the Hebrew word for “violence’ in this text is hamas.