Our actions have consequences 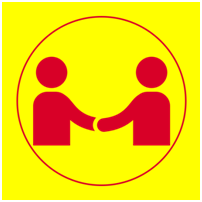 What happens when a Charity, respected world-wide, is found to be flawed, when something has gone wrong, what are the consequences? That is the situation that Oxfam has been facing in recent days; how should we react?

The name 'OXFAM' comes from the Oxford Committee for Famine Relief, founded in Britain in 1942. The group campaigned for food supplies to be sent through an allied naval blockade to starving women and children in enemy-occupied Greece during the Second World War.

From that single-issue beginning has developed an organisation for humanitarian aid and action that has a highly prized reputation for care in troubled places. Money collected on their behalf has been spent on food, shelter and medical supplies for those affected by war, famine or natural disasters. Many thousands have volunteered their time and expertise to work for Oxfam, governments have supported their work and encouraged gifts to enable it to continue. Their shops are easily recognisable on every High Street where donated goods are sold at reasonable prices to boost the funds.

Now a situation has come to light where some of their workers, a small number compared to the totality of employment, have been found to have sexually exploited those they were sent to help as well as co-workers, both at home and abroad. A sad and complicated situation that can by no means be excused but

which needs be examined in the context of the broader picture.

There is an evident risk that the damage done by these disclosures has not only gravely affected the individuals concerned but may well give rise to countless thousands dependent on Oxfam effort losing their aid. If the giving falls away then so do the resources necessary for urgently needed work to continue.

Serious questions must be asked of managers, what did they know and when did they know it? Were they in consequence negligent in their duty of care, ignoring the facts put before them or did they think it was best hidden for the sake of the Charity's good name? We have experience of that flawed argument when bishops have chosen to protect abusive priests 'for the good name of the Church'. It never succeeds, for sooner or later the truth will be in the public domain and the scandal and pain for all concerned will be even greater.

In the end such concealment fails and when abuse is discovered, the very act of concealment becomes the story rather than the awful events that led to its occurring.

After enquiries undertaken by those with responsibility for the work of Oxfam, after criticism of personnel and internal guidance, after all that is done and changes made, the essential work of this much admired organisation must continue and funding to support their work restored, for there can be little doubt that with the trust of many challenged by these events, there will be a short term downfall in giving.

Ask yourself how the good, honest and generous men and women, both young and old, who work for Oxfam must be feeling right now, lost in the melee of recrimination and blame.

Again there is a parallel here with the Church for as the cases of abuse came to light in recent years, those men who had lived out their vocation in honesty and with good purpose were tainted by the headlines. I know of priests who found it difficult to wear their collars in the street because of generalised remarks that came their way.

We have much to learn regarding the way that our society conducts inter-personal relationships, where and when permission should be sought rather than presumed, for the outcome from misjudgment is both hurtful and long term.

We cannot afford to ignore any more the gravity of abuse in whatever context it occurs. It should and must shock us for if we come to accept it as just another part of our times, a significant battle will have been lost and all of us will be the lesser for it.

So as we ask serious and necessary questions about Oxfam, let us continue to support charitable agencies in their work through our own generosity, whether it be through purchases from High Street shops or by our direct donation of goods to them for re-sale.

The care of those in need is a central tenet of our Christian faith, sharing what we have with those less fortunate, who without our help will have a hard time. Our sustenance of many communities at risk and the contribution of government through international aid requires even greater effort in these troubled days.

Let us listen this Lent to those who need our help, whose pain we can help alleviate by our gifts and care