A voice worth listening to

Written by Chris McDonnell
Published: 09 May 2019 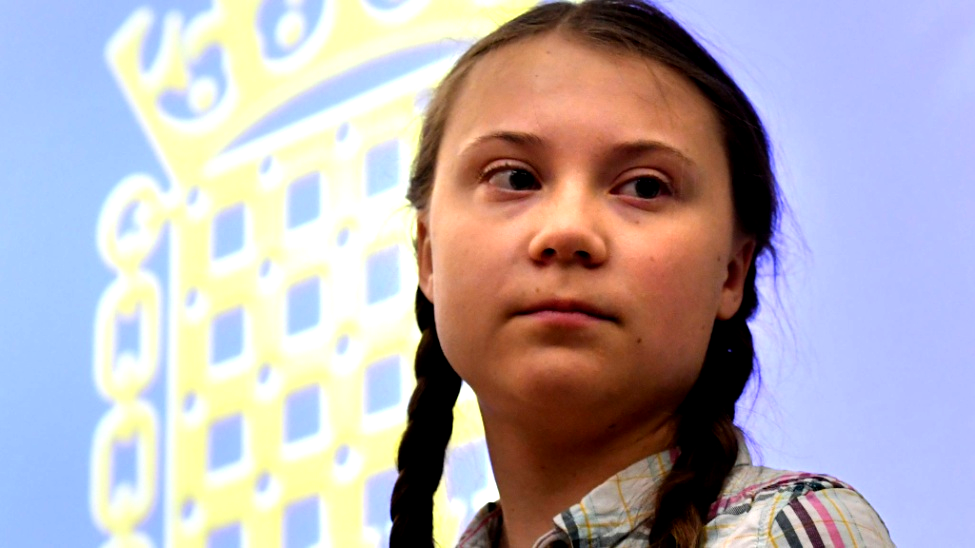 Sometimes it takes a single voice to light the spark of enthusiasm and concern. It can come from the most unlikely source and in the strangest circumstance. One such voice in recent weeks has been raised by the young Swedish teenager with her Friday school strikes that have been taken up in country after country. Activist Greta Thunberg spent the Easter weekend in the UK and joined Extinction Rebellion protesters in London. She has told audiences that the world was facing an 'existential crisis', with climate change a major threat to the future of life on Earth.

We have tended to think that such events, with all their associated problems are at some distant point in the future; Greta has brought to our attention that they are not and that an urgency faces us if we are to avoid disaster. This sixteen year old girl has met with world leaders, including Francis, in a personal effort to raise our awareness of the critical decisions that we must now face.

Given her age, she has a significant interest in the outcome, for it is in her lifetime that we will determine whether or not we have been successful. She faces a credibility problem, for very often older people do not think that those younger have a position worth considering, not enough experience. But she appears to have broken that barrier, she is being listened to and the voice of her appeal is being taken up. We can only hope that such consideration crosses the Atlantic and lands with a thud of the doorstep of the White House. There is already talk of her nomination for a Nobel Peace prize.

Another singular voice that has highlighted the moment has been that of a Catholic priest, speaking at the Belfast funeral of the young Irish Journalist, Lyra McGee. He used the opportunity to address a packed St Anne's Cathedral, with politicians present from North and South, together with UK mainland leaders, with these words.

"I commend our political leaders for standing together in the Creggan on Good Friday. I am however left with a question: Why in God’s name does it take the death of a 29 year old woman with her whole life in front of her to get us to this point?" Fr. Martin Magill's comments brought applause and a standing ovation. Not the usual response to words at a funeral, but then the circumstances were themselves extraordinary. His words called out those with differences to address the needs of the times, to sit round a table and talk. There are signs that his outspoken words have been listened to with discussions opening in recent days. These few lines were written in the time around the funeral.

Guns were out again

in the Creggan that evening

aimed at their traditional target

as police instigated a search for arms

standing beside a vehicle

as violence on Derry Streets

and pained the peace.

A drifting draught of wind

under each closed door

the passing voice of premature departure.

Not noticing the tribal badge within

each responding to its chill

another date defined by Easter

and the lowering of the daylight blind.

For an instant peace gathered in the pews.

The politics of power sat side by side

in acknowledgement of loss,

shuffled in silence when admonished

Why in God's name did it take a life

to raise reality to a recognisable presence?

-there in a city church as prayer was offered

over the closed casket in their midst.

Both Thunberg and Magill have demonstrated in unequivocal terms a renewal of prophetic imagination that has its roots deep in the Judaeo-Christian heritage. The challenge they have made in our own time has provoked a response, it has disturbed our comfort zone and there is an unease, almost guilt in consequence. The social disruption created by the preaching of the Nazarene was equally unsettling. 'Listen, you who have ears to hear'. It was true when the Lord spoke those words and is still true now.

The immediacy of spoken language, the shock and manner of their delivery can cause huge disruption as breaking news. It is only with the longer passage of time, when the rippling waves reach distant shores and there is time for reflection, can a realistic judgment be made.

the story of the Belfast Agreement is reinforced by the passionate voice of a catholic priest speaking at a funeral.