Written by Robert Mickens
Published: 28 May 2019 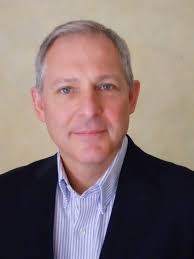 As Vice - Chair of ACTA nationally, I recommend the following report by its Rome Correspondent, Robert Mickens, was published in the online edition of La Croix International (17 May, 2019). It is an account of a meeting the Bishop of Rome had with the priests of his diocese of Rome, in St John Lateran, the cathedral of his diocese.

I think that it will be of interest to ACTA members and to all Catholics who are concerned that the episcopal oversight in our country is not as Pope Francis expects in every diocese. There is little engagement with the people and little attention paid to the concerns that daily scald our hearts and challenge our minds. What Pope Francis proposes is, in this green and pleasant land more honoured in the breach than in the observance.

I commend it to you as a consummation devotedly to be wished.
Joseph O’Hanlon,
Vice Chair and Scripture Advisor of ACTA
Priest of Nottingham diocese.

The weekly La Croix International is an excellent and fairly inexpensive way of keeping up with what is happening in the universal Church.