Where is God in the Coronavirus? 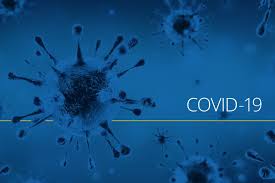 It feels very strange to be writing a homily which will never be heard by anyone. ‘Unprecedented’ is the word these days to describe the situation we are currently living through. People in previous centuries, of course, lived through much more serious times than the we are doing, but we all have to live through our own times, and these are ours.

And so the big question is what do we make of them? The spirituality of Ignatius Loyola is summed up in the phrase Finding God in All Things. So, if this is right, where is God in the current crisis? There will be those who will do what they always do and see this virus as some kind of punishment from God. Have nothing to do with this kind of rubbish. It’s utter nonsense. God is not like that and never has been. You could say that mother-nature is somehow fighting back, urging us to look again at what we are doing to ourselves and the environment. The virus started, after all, through a lack of proper care in the way we treat animals. And so, as so often happens, we are the cause of our own misfortune. But mother-nature herself is only a metaphor, not God.

So what about God? Where is he in all this? Is he in it? Has faith anything to say to us in the current circumstances? Well, having come this far, it won’t surprise you to know that I think it does. And to understand why, I invite you to turn to today’s Gospel where Jesus heals the man born blind. This is John’s Gospel. It’s very different from the other three, and so is about much more than one blind man having his sight restored. It’s about blindness in a much deeper sense. It’s about the blindness of humanity and a Jesus who came among us to heal our blindness and open our eyes to the truth in all its fullness. Jesus is the light that shines in the darkness of human foolishness and ignorance, the light which, as John says in the prologue to his Gospel, the darkness cannot overcome. And so the question I invite you to reflect on today is this: what truths is the current crisis inviting us or providing us with an opportunity, to see? What is it telling us about ourselves and the world we live in? What truths is it holding up before us so that we can see them for what they are?

Well, the first thing I suggest it is inviting us to see is that we live in one world. My own hope is that this virus will become as significant for us as the first photograph ever taken of the world from space was in its day. It moved the astronauts who saw it very deeply and changed the way they saw our world forever. It was so clear to them that the things we call national borders only exist in our imagination. They are not real. They don’t actually exist, and the virus is inviting us to see this same truth from a completely different angle. We are all human beings and if we are to have a healthy future on this tiny little planet of ours, then it will be by doing things together. The virus is showing us in its own way that borders between nations do not exist, that underneath our skin we are all the same, that we suffer the same illnesses and die of the same diseases, and if we can remember that when the crisis is over, it will have told us something of immense importance about ourselves, the world and God.

And the second thing I think is worth reflecting on prayerfully today is our own mortality. There won’t be many people who have not been forced to pause and think about this over recent days. Suddenly that old saying that, if you want to make God laugh, tell him your plans for the future, has become much more real. This coronavirus is reminding us all of things we don’t like to think about, of how tenuous our grasp on life is, that, as life shows us over and over again, none of us can be sure what the future holds or that we will even have a future. But, deeply disturbing as this can be, it does not have to be that way. To be aware of our own mortality is to be aware of the most basic of all truths about ourselves. That we are creatures, not gods; that life is a gift to be lived to the full now. Savour and taste every moment. Be grateful for it and enjoy it now. Don’t live in a future which may never happen. Decide what are the things and the people in your life that really matter and make sure they, not the trivial and ultimately unimportant things which so often take up our attention, are what we focus on. And I think the virus is helping us do that.

And the third thing I invite you to think about is what the media keep telling us. That this is going to change the way we live forever. And who can deny that some kind of change is needed. The world cannot go on the way it is going, and the virus, if we can learn the lesson and remember it when all this is over, is inviting, forcing us even, to see this. As we are travelling and flying less, the air quality is already much better in our big cities. Paradoxically, as we self-isolate and learn to social distance, people’s concern for each other is growing as groups from all over the country  help the elderly and house-bound. But there is a thing flying around the internet just now which many of you will have read. I have received it four times now and, even if you are the same, I invite you to hear it again in the context of this homily.

And the people stayed home. And read books, and listened, and rested, and exercised, and made art, and played games, and learned new ways of being, and were still. And listened more deeply. Some meditated, some prayed, some danced. Some met their shadows. And the people began to think differently.

And the people healed. And with the absence of people living in ignorant, dangerous, mindless, and heartless ways the earth began to heal.

And when the danger passed, and the people joined together again, they grieved their losses, and made new choices, and dreamed new images, and created new ways to live and heal the earth fully, as they had been healed.

If humanity is to have a future on this planet, could this be a glimpse of it?