CRIBBING FOR CHRISTMAS AND BEYOND 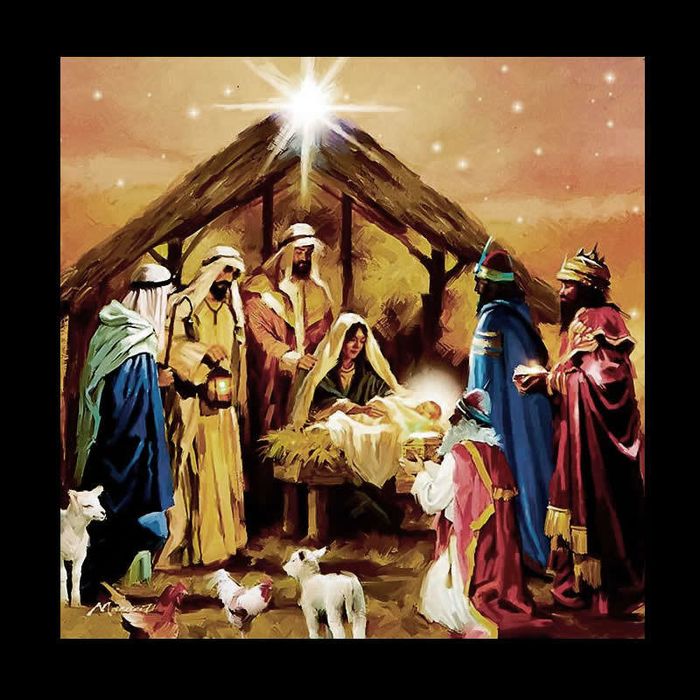 We must fight to keep open our church doors. But we must be sure which church doors to keep open in these darkest of days. The church is never a place. In its formative days, those frightened people hidden away with Mary in an upper room, were the church, charged by the Holy Spirit to take to the streets. They were inspired to embrace the opportunities and dangers of telling the story where the people were. They were empowered to proclaim “a man crucified and killed”, a man “attested by God”, a man “God raised up”. The story was first told, not in church nor from pulpits. It was told at the corners of busy Jerusalem streets.
The language of the Crib is a story that must be told amidst the noise of the narrative of commerce. The Crib must be allowed to witness where a thousand witnesses to naked commerce and mindless extravagance stand in gaudy array.

When Francis of Assisi sought to bring the little town of Bethlehem to the good folk of Greccio, he invited them to a cave set in the leafy hills. In 1223 he invented the drama of Bethlehem with a cast of local people and, I imagine, with ox and ass and sleepy sheep. The Christmas Crib remains the best-known visual image of the God-story told in Jesus.
In these dark times everyone on the street has a right to hear the glory of God and to listen to songs angels sing. In Advent and Christmas we must not hide mother and child within safe walls, to be viewed by ticket only. We have a duty to take the Crib story to where it can be seen and heard.
Our calling, as another Francis has reminded us, is to proclaim the gospel of God in season and out of season.
The world is in a dark place. We have a duty to be a light. In this bleak mid-winter we must take the Lord’s love, compassion, and hope into the public arena. We must grace depressed and despairing people with God’s life-giving story even as Corvid tells the story of death.
Imagine if in every city, in every town, in every village, the Crib was visible outside every church. Imagine that our Crib was where it could be seen by passers-by. When dire crosses have to be borne, the Crib insists that crosses are not the end of our story. There is a future that belongs to God and a promise that tears will be wiped from every eye. The Crib tells the story of the Cross and of those who sought the death of the child and had their way. But there was and is another ending to the story.
Imagine that our enthusiasm for the gospel of God inspired us to tackle and overcome questions of security, of safety, of distancing, of masks, of organisation and of maintenance. Imagine if young and old were empowered to guard our Crib, if that is deemed necessary. Imagine if the old and young were inspired to tell the story to any who passed by and who wondered what it is all about, and told even to those who gloried to hear it again. Imagine our Christmas songs mingling with Gingle, bells! and All I want for Christmas.
Do not take out the bits and pieces of your Crib on Christmas Eve and assemble them in the dark silence of your locked church. We must begin to build our Crib in the world outside, beginning on the first day of Advent
On the First Sunday of Advent begin to set up your Crib. Put in straw, an empty manger, various expectant angels, a lantern lighted, an ox and an ass and sleepy sheep. On the Second of Advent people the Crib with inquisitive shepherds who decided to ”go over to Bethlehem and see this thing that have happened, which the Lord has made known to us”. Install intrepid “wise men from the east” who were led by a star, and “have come to worship him”. Let them mingle with the shepherds. Have a bright star shining for all to see.
The Third Sunday must be given to Joseph the Dreamer, a young man who, like the technicoloured Joseph, had a determination to do the right thing but is converted to God’s right thing: “you shall call his name Jesus, for he will save his people from their sins”.
The Fourth Sunday must place Mary in our Crib, the woman “who found favour with God” and offered herself as the slave-girl of the Lord. On Christmas Eve/Day the child will be set in the manger and an opportunity given for silenced choirs to sings hymns and arias: “for unto to us a child is born”.
The story must be continued after Christmas Day, though in these days of pain, that will require ingenuity from the Holy Spirit. St Stephen’s Day, Holy Family Day, and New Year’s Day can be imaginatively posted around the Crib. Here the imaginations that are alive and well in our schools can be harnessed and encouraged. A catechetical challenge? Your own Crib at the gates of your own school?
On Epiphany Day the three men from the east, usually put at the back, should be moved nearer the mangered child. It is worth looking at where these men are put and how they are dressed, and what colour they are in the great paintings of past and present. The flags of the peoples who grace the parish may be placed around your Crib. That might very well be an equivalent to taking the knee. The Baptism of Jesus Day ought to be a day of rededication of all who have been baptised into proclaimers.
Candlemas Day brings the pageant of the Crib to a handing-over. The responsibility of the Crib to reveal the story of the Word made Flesh becomes our vocation. The lighted candle is entrusted to our good care. It is the day when disciples who have stood around the Crib and learned what it means are turned into apostles. It is the day when our Crib is born in us and we are graced to become tellers of tales.